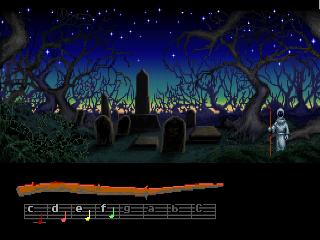 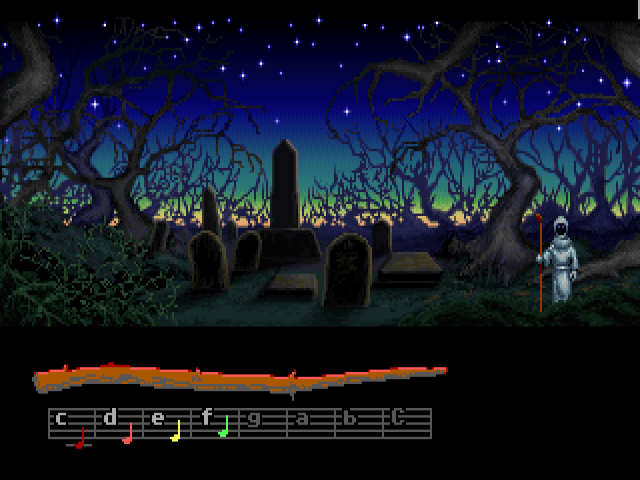 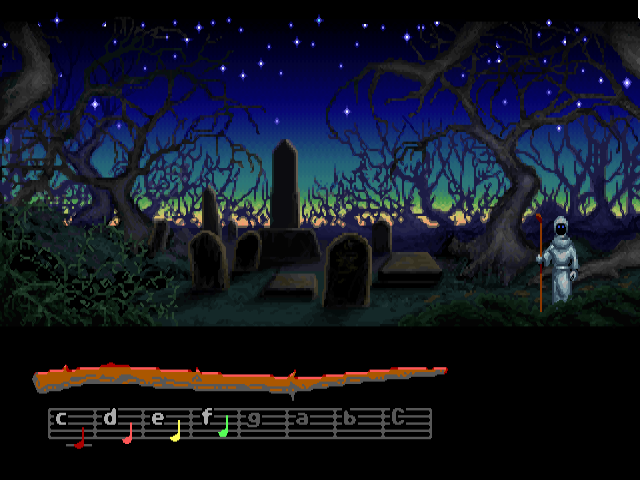 I just picked up Loom for Steam, barfed at the blobby graphics, and remembered this post. Delighted to find that, yes, you included an invocation to make the pixels come back!