I've spent the past few days working on an Inform 6 compiler patch to tighten up generated code. While I was working, I tweeted this screenshot of a buggy game: 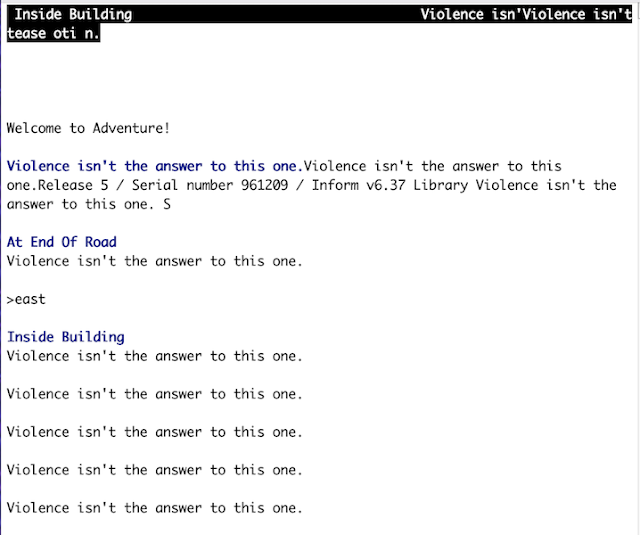