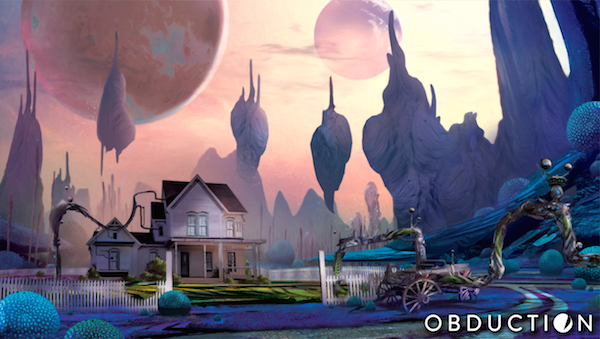 They're past 20% in the first day -- seems like solid progress. (If a Kickstarter hits 50% in the first day it's a shoo-in; 10% would be glum news.) We'll see what the drop-off rate is like, but I'm reasonably confident about this one.

(Shipping is another question, as any reader of my HL posts can say. But Cyan has a fairly good history of project management, when it comes to single-player games.)
James Wilson (Oct 20, 2013 at 11:22 PM):

It's not comfortable but it's a little early to be worried, either.

I could go into handwaving numbers analysis, but eh, it would be hand-waving. I'll be happier when they cross the psychological threshold of 50%.

Note that I have not actually contributed money myself yet. :) My checking account is in a temporary dry state. Embarrassing! Money will be moved around in the next couple of days, and then I'll pitch some in.
Andrew Plotkin (Oct 22, 2013 at 2:17 AM):

What the heck, I'll do some hand-waving.

Looking around, I see a couple of sites that say that nearly all KS projects that reach 50% will reach 100%. (E.g.: http://startupadventures.tumblr.com/post/52806506909/kickstarter-statistics-informing-your-crowdfunding )

That sounds good, doesn't it? Don't start cheering just yet.

For example, this paper: http://papers.ssrn.com/sol3/papers.cfm?abstract_id=2088298 ...looked at projects up through July 2012. In that period, no project with a million-dollar goal succeeded. In fact none got higher than 3%; they were all bad jokes. (See footnote 2.)

That is no longer true; there have been several successful projects at that goal level in the past year. But the point is, that's a new phenomenon, and we don't have a good enough sample to make predictions about them yet.

Rand did a Reddit AMA thread this evening. Here are some of his answers:

[Progress:] "We've got design images, and story arches, and gameplay elements to start with. We still have plenty of items to flesh out - including the script for Obduction."

[Question about Obduction sequels:] "We're taking one at a time, but the story will certainly allow more."

[Obduction soundtrack:] "We've got someone lined up for the music - but I just can't talk about it yet. Stay tuned! (Pun intended.)"

"My favorite Age is Ahnonay - it's an Age in Myst Online (Uru). It is by far my favorite Age, and my only regret is that I can't play it because I know too much."

"Oh yeah - I remember the first time I had that feeling. It was a long, long time ago. Really, really long time ago. Like time-sharing-computers long ago. There was a text adventure game called (creatively) 'Adventure' that just spit out sentences and then waited for you to type in what you wanted to do. [...] I was hooked. No instructions. No maps. Just figuring out where I was and how things fit together."

"Tolkien was inspirational in his ability to FULLY create a new world. He went beyond the elements that were just part of the story, and actually designed huge amounts of the world that were just "behind-the-scenes" information that would help keep him consistent and make the "visible" part of the world seem so much more real."
Andrew Plotkin (Oct 23, 2013 at 2:06 PM):

And now I've backed the thing myself -- finally.

Actually, given the acceleration curve of the last couple of days, it's looking like a shoo-in. Although I don't want to say that too loudly. :)

Someone had a graph of funding rates for different scales of KS projects. I'm afraid I've lost the link -- but it seemed to indicate that giant projects have proportionally less of a home-stretch boost, and less of the "if you reach n%, you've got it made" effect. There's some of each, but not as much as you think. (And, as I noted above, the data set for megabuck-scale projects remains very thin.)

Nonetheless, the pledge rate has been creeping upwards for the past week. It would take a complete last-minute washout to miss the goal now. I'll let the Oculus fans argue over how likely they are to get their stretch goal.
Andrew Plotkin (Nov 13, 2013 at 1:51 PM):

Congrats to Cyan and all of us who helped.