I'm happy to announce that Pocket Storm for the Apple TV is now available in the new Apple TV App Store. Apple's new set-top box ships today, and you can get your favorite thunderstorm on it. 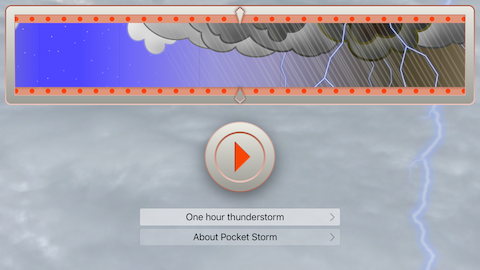 To find it, open the App Store app on the TV's main screen, select Search, and enter STORM. (Or POCKET, or ZARF -- the text search is actually pretty good.)

Better yet -- if you've purchased Pocket Storm for iOS, you can download the Apple TV app for free! And vice versa. It's a joint purchase, which means you can buy it once and then install it on any iOS or tvOS device you own.

As always, I am donating 10% of Pocket Storm revenues to Freesound.org, because of the awesome service they provide to indie game designers and other artists. In particular, they provide CC-licensed thunderstorm noises to me! 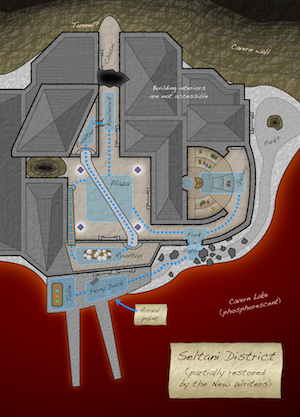 
Last month I posted about the idea of a videogame category for the Hugo awards.

A few days later there was a discussion thread on File770 (a prominent SF fandom news blog). The discussion was a good snapshot of community response to the idea.

The biggest objection was that there aren't enough good games to make a category worthwhile. People cited 15 to 25 as a desirable minimum. (The Hugos have a two-stage voting process. So you want at least 25-ish plausible suggestions for "best game of the year", which then get narrowed down to five finalists, which then get narrowed down to one winner.)

The petition that sparked that discussion thread went nowhere. However, I think it's worthwhile to put up a concrete list. The subject will certainly come up again, and I want people to be able to point and say "Yes, look, there are that many games every year!"

I'm going to focus on indie and amateur interactive fiction titles, because that's my field. I've got nothing against big-budget SF games, but you can get a list of those off any game-industry news site. This is the wider field of games which might not be familiar to the non-gaming SF fan. Most, though not all, are short games -- two hours playtime down to ten minutes.

I'm not saying that all of these games are, in fact, Hugo-worthy. I haven't played most of them! I'm gathering highly-rated titles from a variety of sources, including IF competitions and game-jams of 2015. (Special thanks to Emily Short's mid-2015 roundup post.)

(I do not yet include games from IFComp 2015, the big IF competition of 2015. That's still in progress and will be for another month. When it ends, it will certainly add another handful of titles to this post. I'll update then.) (Also still in progress: the Windhammer Prize for Short Gamebook Fiction.)