This is not a detailed review of Infocom's Trinity, because Jimmy Maher has just finished that job. His sequence of posts (1, 2, 3, 4, 5, 6, 7, 8, 9) puts the game into its context in Infocom's history and, more broadly, in the history of the Atomic Age (remember that?) and the Cold War. Go read.

Inevitably Maher comes around to the question of the ending -- the "...what just happened?" denouement. (You can read just that one post if you're familiar with the game.) It's not the first time, of course. Maher links to a Usenet thread in which we went 'round this topic in 2001.

It's generally agreed that the plot logic of the ending doesn't really hold together. In fact, my teenage self was moved to write a letter of complaint to Infocom! I received a gracious response -- I think it was written by Moriarty himself -- which basically said "The game ends the way we felt it had to end." Which is unarguable. (This letter is in my father's basement somewhere, and one day I will dig it out and scan it with great glee.)

But today I am moved to be argumentative. If I were the author of Trinity, what would I have done?

(Oh, sure, I'm being presumptuous too. All due apologies to Moriarty. But we're both thirty years older; we're different people than the author and player circa 1986. It's worth a rethink.)

(I will assume that you've played the game and read Maher's post. If not, massive spoilers ahoy.) 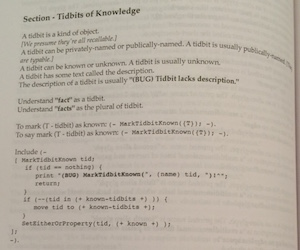