The Mystery Hunt is over, after a record-breaking 73 hours. I was pretty much out of solving juice by Saturday afternoon. Sunday night, I tried to help out with an invisible-ink puzzle, and wound up setting the puzzle on fire.

Okay, not on fire as such. It was lightly browned, but the invisible ink wasn't any browner. So much for that. Anyhow, that was my Hunt weekend. Congratulations to the winners, Team [text not available due to copyright restrictions]! Let's talk about something else. Myst news!

First: release of a new Riven for iPad app. You could already play the iPhone Riven port, but this has higher-quality graphics. (Also, as you might guess, a larger download size and another couple of dollars on the price tag.) I took screenshots, in case you feel like comparing: 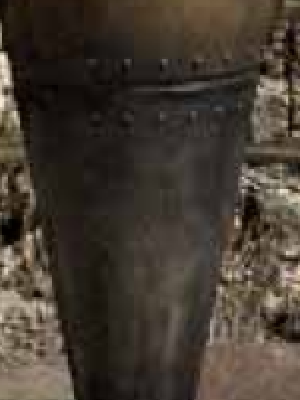 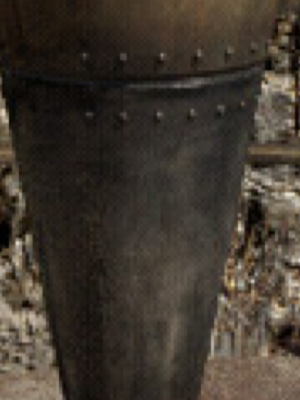 (Original Riven for iOS on the left, displayed 2x to fill the iPad screen. New Riven for iPad on the right.) 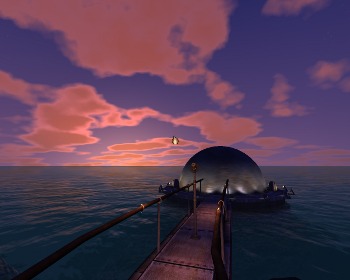 If you want a more modern Riven experience, check out the new tech demo of Starry Expanse. (Mac/Win builds available.) Starry Expanse is a fan-built reimplementation of Riven using Unity. It's still very much in process -- this demo covers just a small segment of one island -- but it gives you the sense of what a true 3D RealRiven could be like. It's got a day-night cycle (highly accelerated for effect), cloud and water effects, and a circling bird. You can ride the elevator up, and even open the spinning dome (vs lbh trg gur gvzvat evtug; pyvpx gur ivrjre ohggba jura gur tbyq flzoby fcvaf cnfg).

Finally, Cyan has posted their Making of Riven video (Facebook video link, GameTrailers video link). This was included on the fancy-extra DVD release of Riven -- I don't think I ever saw it. (Still haven't, actually, as I write this.)

Zarfplan: December (looking back from 2013)


I say "looking back from 2013" because it's not December any more; yes, this post is late. I can offer a (small) excuse: I knew I was going to announce a (small) game on Jan 1, and I wanted to delay the post to include it.

This turned out to be a good move, because quite a few other IF items popped up around the end of the year.

First, the new game! Bigger Than You Think is not a traditional IF game; it's choice-based. Although it's not quite a traditional CYOA game either. You are presented with keywords, and you can either type them or click on them. I don't think that a click-or-type interface is really different from simple hyperlink CYOA -- nearly everyone winds up clicking, because it's easier. But the choices aren't handled in quite the normal CYOA form. I won't spoil it further; it's a short game, go take a look.

I created this piece for the annual Yuletide fanfic exchange. It's fanfic in a rather impressionist style, mind you, because the source work is a comic: Click and Drag, the really big xkcd comic from a few months ago. How does that work? Go find out.

(Inform hackers may be interested in the source code, which I have also released. It's not pretty source code, I'm afraid. I did a lot of I6 hacking to set up the hyperlink interface. Then I didn't take the time to split it out into a clean I7 extension.)

On the other side of the fence, Hadean Lands now has a map, as expected. (Not quite as of New Year's Eve; I was working on it Tuesday and Wednesday as well.) The game objects are scattered around the map, and I am mostly satisfied with how they're placed.

Puzzle barriers are not yet in place, however. December turned into the usual holiday lunacy, and I didn't get that far with making the map work. All the doors are currently unlocked. This is great for walking around and getting the feel of the place -- finally! -- but not so great for puzzle-structure progress.

Then, today, I ran into one of those snags that makes one say "dammit". (Or such other word as appropriate to upbringing, disinhibition, and/or proximity to frangible glassware.)