If I want to call this the "June report", I'd better get it posted in the next couple of hours... That is, if you're in the US. Everyone else can blame the leap-second.

Last month, I was saying I had a complete picture of the puzzle structure. I can now add to that:

Everything I know about digital preservation


(but was afraid to ask)

The first session I dropped into at the ELO Conference was the "Archiving Workshop". The eye candy here is Bill Bly's hypertext piece We Descend, running on the Mac Classic platform that he originally started writing it on. (That's System 6-point-something, I believe.) Enjoy the pixelly nostalgia!

The point, of course, is that getting data off of such antique equipment is a permanent and increasing headache. (This Mac was borrowed from a library, so Bly had the equal headache of trying to get the app onto it from his much newer Mac laptop.) The piece was originally written with a proprietary tool, Storyspace -- an old version which is no longer supported on current OSes. (He has since updated the project to the current, but still proprietary, Storyspace 2.)

The whole notion of archiving and replaying digital art (and games, etc) is rife with these issues. See, for example, the ELO's 2004 publication titled Acid-Free Bits.

The session turned into a lively roundtable discussion, and in the course of that, I popped in a mention of the IF Archive. I knew our community is pretty good about that stuff -- I've always been proud of it, and to be part of it -- but I was startled when some of the other participants vociferously lionized us for it. "The IF community is the gold standard for archiving!" Exact quote. Yikes!

(Apologies, by the way: I'm not going to even try to remember everybody's name. This post will be all "somebody" and "that guy". Feel free to comment and fill in blanks.)

The discussion alternately surprised and startled me with the different assumptions that people had about archiving. Like, for example, everybody thought this was a hard problem and the IF people had done something very difficult in solving it. "It's a distributed, mirrored archive containing every IF game ever created. When you put it that way, it does sound kind of impressive!"

Okay, that was Aaron Reed who said that. I know his name. But point taken.

Let me try to tease out some of those assumptions, what turns out to be easy, and what's probably more difficult than it looks. I will do this in the best way: with a set of Taoist aphorisms! 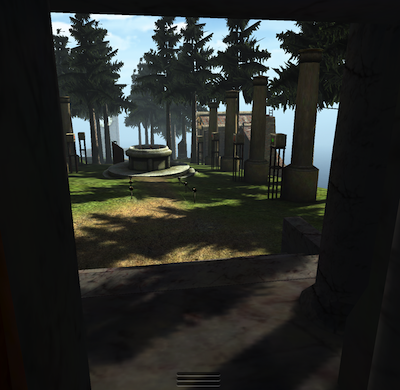 Anatomy of a bug hunt


As my loyal followers know, I released Dreamhold on a Friday, and then spent most of Saturday trying to figure out why it was crashing for some players. Nobody ever wants a software release like that, but I did find the bug, so it's as much of a win as one can hope for. The bug fix just hit the App Store.

I thought it might be interesting to detail the whole sequence of events. Or maybe it'll be as dull as ditch dirt! I don't know. It seems like a good narrative to me, but I was dere, Charlie.