A word in support of history


This post is not about me. It is about Jason Scott. 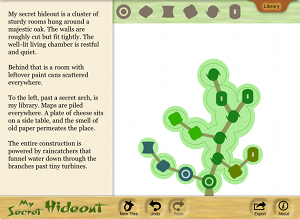 
I never got around to playing Echo Bazaar, despite a weltering wave of friends who washed through, happily tweeting little fragments of louche Victorian storyline. I had a day job at that point, and I didn't want any addictions that could embarrassingly sneak up on me at the office. (The brownie bars from the cafe down the block were bad enough.)

Now the company has released The Night Circus, a smaller -- I assume smaller -- game in the same model, as a licensed promotional thing for an upcoming book. The boss is no longer looking over my shoulder (his head is now firmly positioned on top of my neck) so I figured it was time to give the thing a try.