The longest day of the year


Today is the longest day of the year! And so is tomorrow!

Yes, I know the equinox was two days ago. Nonetheless:

A tie, as you see, with 29 letters each. Or 31 symbols if you count the punctuation. Which I do; surely TWENTY-THIRD beats SEVENTEENTH by a hyphen?

The ideal candidate would be a WEDNESDAY, SEPTEMBER TWENTY-SEVENTH. But we won't have one of those until 2017.

For runners-up this year, we have several candidates:

Those are 30 symbols each. Much too common, really.

Let's stick with discussing today (and tomorrow). I would propose a new title for these two interesting days -- the ONLY 2009 DAYS WHICH NEED 31 SYMBOLS. Unfortunately my paradoctor is running towards me, waving some sort of paper and screaming, so I'll have to break this post off and find out what she wants.


Earlier this year I boosted Werewolf, Kory Heath's iPhone implementation of the cult social-game favorite. Now he's back, with an original iPhone puzzle game. Check it out: a sliding block! 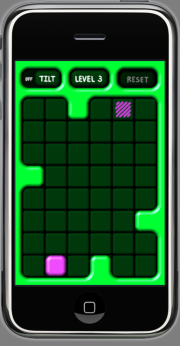 Is this madness? Is this 1992? How can I possibly use the word "original" for sliding blocks -- a hoary and overused puzzle format that I've been complaining about since, I think, Heaven and Earth?

I'm sure you've already recognized this screenshot as the "block slides until it hits something, then you slide it again" variety of puzzle. And that's what Blockhouse is. But seriously. In buckets. In spades. Buckets and buckets of spades.